We all think we know about the important role seatbelts and car seats play in staying safe in the vehicle. But it’s not easy to keep up with the latest safety measures, even when parents try to do what’s right for their kids. Did you know that car seats expire?

Car seats decay over time due to wear and tear, rising and falling temperature, and time. Metal and plastic components of the seat may wear down from stress and pressure. In order to keep little ones safe, manufacturers are required to test products for durability, and publish an expiration date of materials. Plus, ongoing testing and new designs means that newer seats can have better features.

As car crash attorneys, we see firsthand how much difference a good car seat, installed correctly, can make. Here we’ve gathered resources from around the web all in one place. As you’re researching how to know if your kids are in the right car seat, check out these articles about legislation, scams, and recommendations.

For the past 15 years Texas Department of Transportation has been working to raise the level of seat belt use with their Click or Ticket campaign. But a recent study shows that nearly 1 in 10 Texans still don’t buckle up.

Whether your child has gotten older, or you were recently in a car crash, it may be time to replace your little one’s seat.

Typically in September, parents can trade in an old car seat at Target for a 20% discount on a new car seat, stroller or select baby gear. But with Covid safety precautions in 2020, the trade-in event didn’t happen. It’s not clear yet whether there are plans for a trade-in in 2021. Read more about the Target event at Target.com.

If and when Target does offer the Car Seat Recycling program, in the past these items have been accepted as a part of the promotion. Car seats accepted through the trade-in include all types of:

All car seats will be recycled by Target’s partner, Waste Management.

You may be thinking that you and your family have not traveled a lot in 2020, and you’re not sure when 2021 will get back in full swing. It’s safe to say we’ve all spent a lot more time at home. Although regular wear and tear is part of the reason experts recommend new safety seats at least every 6 years, it’s not the whole reason.

Keep reading for more tips on how to find the best car seat for you and your family.

Safety experts warn parents and caregivers of unsafe car seats sold online. Some are marketed as cheap, affordable, car seats and others as discounts on reputable brands.

An expert with the Lifespan Injury Prevention Center says some of the seats she has seen in inspections are little more than a pillow with a couple of straps on it. Without safety testing and following car seat regulation, the seats likely will not protect the child in the event of a car crash.

Expert Karen Beard from Save Kids Worldwide says some parents are scammed by knock off car seats that aren’t what they claim to be online.

Parents and caregivers can employ some skepticism and look for signs to make sure the car seat they have is safe for their child: 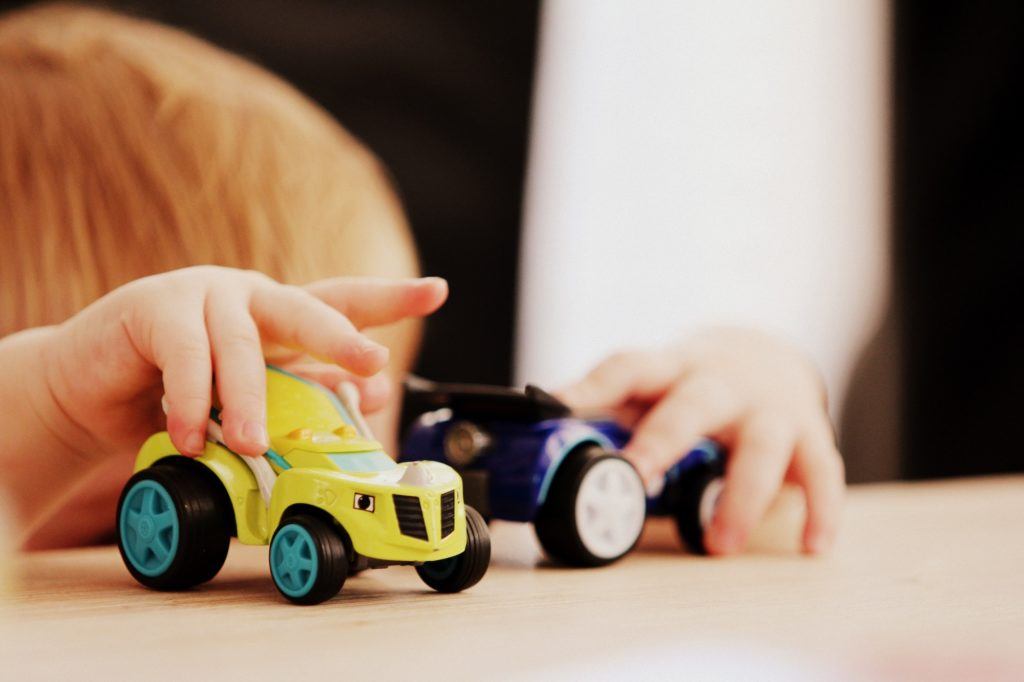 Governor Greg Abbott vetoed a bill requiring children under age 2 to be secured in rear-facing car seats. In final days of legislative decisions this term, the governor made the decision to prevent the new law saying House Bill 448 “is an unnecessary invasion of parental rights and an unfortunate example of over-criminalization.”

Under the measure, rear-facing seats would be required for toddlers traveling in motor-vehicles. Exceptions would have been made for children

Texas already requires children under 8 years of age to travel in a secure car seat. Proponents of the bill believe that it would help clarify Texas’ confusing car seat law. Current law does not mention car safety guidelines for children under 2 years old.

Advocates say that just because the bill didn’t become law, that it isn’t still best practice. A child faces much more serious injuries when the impact happens in a forward facing seat. A rear-facing seat allows for the force of the crash to be distributed more evenly throughout their bodies. 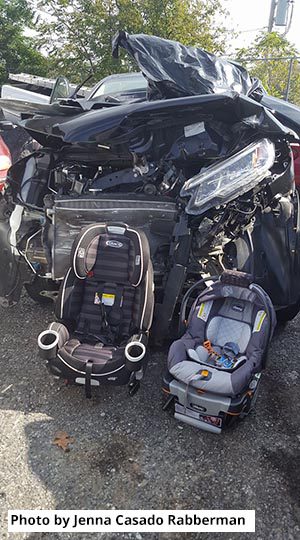 Last week a woman shared an image of her car after she was struck just minutes from her home. She added that her youngest child is 6 weeks old, and her older son is almost 3. The car pictured in the post was a 2015 Honda CRV.

“I’m not one to post anything too heavy or personal on Facebook but guys… THIS is why you buckle your kids into their car seats correctly every SINGLE time. Even when they scream because the straps are tight. Even when they complain about the chest clip or being rear facing. We stopped for milk on the way home from preschool yesterday. We were minutes from home. Another car slammed into us. You never think it will happen to you. My boys escaped without a scratch but the paramedics told me it could have been very different had I not taken the extra 2 minutes to be sure they were buckled correctly. I will be fine, my kids are fine, everything else can be replaced. Sending thanks to God for keeping us safe (along with Honda, Graco & Chicco).”  Jenna Casado Rabberman

While traveling with children in Texas it’s important to have them buckled in for their safety. Failure to have a child buckled into a safety seat could result in a traffic violation, points on your license, or the need to take a Texas seat belt course to have the points dismissed. Texas Department of Public Safety outlines the rules in their resource for Child Passenger Safety information.

The last thing you would want to do is put your child in danger. You can keep your kids safe from some of the dangers of a car crash if you follow proper child car seat instructions and have the appropriate gear for them. Online review and rating guides help some parents make the best decision for their child’s safety and budget. Consumer Reports, an independent non-profit, tests car seats based on crash report, ease of use, and how they fit into vehicles in their car seat buying guide.

There’s some gear that’s legally required for keeping children in tow. Very small children should only ever ride in the backseat, in a rear facing child seat.
When a child has reached a year old, they can graduate to a forward-facing safety seat in the rear of the vehicle.

Texas Seat Belt Law: Where should the kids ride?

Injury in case of a car accident is undoubtedly the biggest cost of not wearing a seat belt. But there are some rules on the books that allow Texas peace officers to enforce use of seat belts in the front seat and for children.

Some of this information, such as that child passenger safety seats are required for all children under the age of 8 may not be entirely obvious or widely known. If you want to know more about what’s legal and safe in Texas, visit this resource provided by TxDOT.

Seat belt laws have made recent news in the Texas lege. In mid May, nearing the end of the Texas legislative session the Texas House backed legislation that would require three-point seat belts on new school across the state. Senate Bill 693 has been tentatively backed by the Texas House. It would only impact new buses purchased by schools.

This bill follows similar legislation that was passed in 2007. Then the law was called Ashley and Alicia’s Law, which remembers two teens killed en route to a soccer playoff. Even with good intentions, the law did little to prevent deaths like Ashley and Alicia’s. The legislation left the responsibility to schools to apply for state money that was earmarked for the effort. A Houston Public Media report revealed that virtually no school districts applied and students still ride in buses without seat belts.

As the school year closed for summer 2017, 1.1 million children still ride without an ability to buckle up on the way to class.

Can using a seatbelt at the time of the accident affect your personal injury case? If you were injured in a crash, you may want to consider filing a claim and hiring a local personal injury lawyer. Compensation from the insurance company may help you pay medical bills and get your life back on track after the crash.
If it’s found that you weren’t wearing a seatbelt during a crash it could greatly affect your personal injury claim. Because seat belts have been shown through research and statistics to effectively reduce the number and severity of injuries, a person who chooses not to wear seat belts may be considered negligent. If you chose not to wear a seatbelt at the time of the crash, and you need to file a claim for injuries, the amount you could receive may be diminished under comparative negligence.

An insurance company will use this information to reduce your claims. If you want to understand more about comparative and contributory negligence in Texas, visit this page.