Damage caps could affect the outcome of your personal injury case – or your ability to make a claim at all. See why critics say that damage caps in Texas have limited working people’s ability to recover financially after an accident.

This post covers damage caps in Texas involved in a personal injury or wrongful death case. A damage cap limits the amount of money the injured plaintiff can receive from the defendant.

This article defines damage caps, outlines the situations in which they apply, and briefly touches on the civic and political forces influencing Texas lawmakers to adopt caps on damages awarded to plaintiffs.

What are the damage caps in Texas personal injury lawsuits?

Sometimes a case involves damages against a party to serve as punishment for grossly negligent behavior. These damages are not for economic reimbursement (for medical bills and lost wages) nor for non-economic damages (pain and suffering). Instead, these damages are used to send a message to a party who has acted in a manner that deserves punishment. 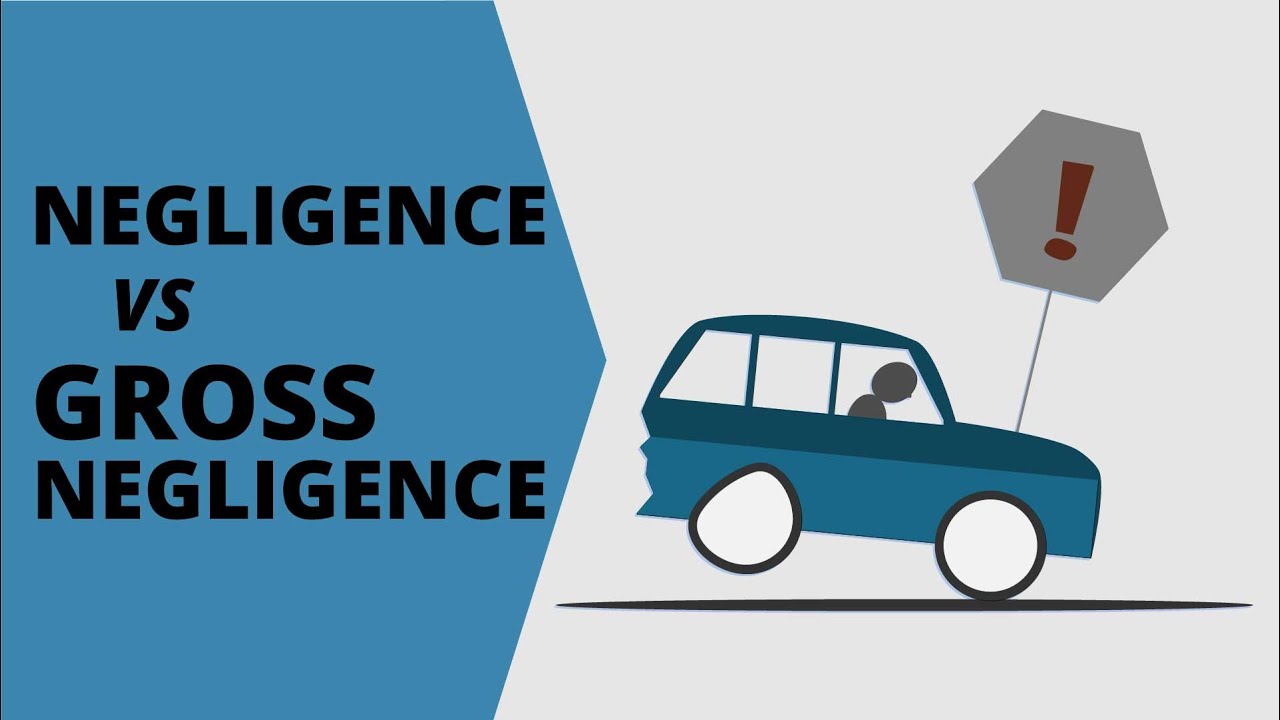 In Texas, punitive damages may not exceed more than two times the amount of economic damages plus the amount equal to non-economic damages not to exceed $750,000 or $200,000, whichever is greater. For instance, if someone sues a corporation for a brain injury case after suffering an injury due to gross negligence and this person is awarded $1.5 million to cover economic loss and $3 million to cover non-economic loss, then the total amount possible for punitive damages would be $3,750,000 (two times $1.5 million plus the $750,000 maximum amount from non-economic damages).

In medical malpractice for wrongful death cases, the cap for total recovery (combined economic and non-economic damages) is $500,000 (adjusted for inflation since 1977: approximately $1,650,000). This is maximum amount you can receive for all types of damages combined: compensatory and exemplary (economic, non-economic, and damages for punishment).

Government entities have immunity from liability in personal injury cases and, when they do have liability, caps on how much they can be sued for. When someones suffers injury due to negligence by a government entity such as the state, a municipality, or an emergency service organization (police, the EMS, etc) the cap for each person involved is $250,000 but cannot exceed more than $500,000 total for a single occurrence. For instance, if a police officer negligently causes an accident, damaging the lives of four people, the total damages each person can receive will not be $250,000 for each person but a distribution among each individual of the maximum amount of $500,000 (split evenly among four people would be a maximum amount $125,000).

In cases involving government entities other than the state, a municipality, or emergency service organization the maximum money damages for each person is $100,000 and for each single occurrence is $300,000.

Personal Injury Caps: What They Mean For You

The purpose for caps has been debated over more than 30 years. Do they ensure justice and a less congested judicial system? These are questions legislators, supporters, and protesters have all tried to answer. If you need a lawyer, you need one who understands the law, how caps will affect your case, and every viable option available to you.

At the McMinn Law Firm our most frustrating situations are when the law keeps us from getting the compensation you absolutely need for your full recovery. Usually this will happen when the negligent party’s insurance policy does not cover the full amount of damages or when Texas tort reforms cap the amount available to you.
So why do damage caps in Texas exist? Why does our judicial system need to limit how much a lawsuit is worth? Is it possible to quantify the amount of pain and suffering someone receives from an injury and include that calculation in non-economic damages?

If you feel that you may have a case, speak with a McMinn Law Firm legal representative today for free.

Q&A: Do you need legal help?

When you experience a serious accident, deciding whether to engage a personal injury attorney on your behalf can seem difficult but in reality is simpler. Since there are no out-of-pocket costs, allowing a personal injury attorney from McMinn Law Firm to help with your case is a simple choice. Engaging a lawyer from McMinn Law Firm will provide you your family with the opportunity to concentrate on the physical and emotional recovery from your injuries while assuring that your case is handled forcefully and adequately. Justin and Jason McMinn are qualified personal injury lawyers who will counsel you in determining whether a settlement or a trial would be the best strategy to employ for your unique case. During the legal process, our Austin lawyers stand up for your rights, delving into all the possible causes of your injury and helping to bring the guilty party to justice.﻿

What is a Frivolous Lawsuit?

The most publicized argument for damage caps has been to prevent “frivolous lawsuits.” As Texas passed tort reform acts over the last few decades, the word “frivolous” was tossed by supporters of reform and scowled at by protesters. “Frivolous lawsuits” are the lawsuits that are filed by freeloaders looking for some quick cash or by someone who has an ulterior motive other than obtaining just compensation. In other words, it’s a lawsuit filed by a client or lawyer that does not contain merit and is based on weak legal claims or weak facts. Lawsuits should be filed to compensate those who have suffered unjust damages due to negligence or gross negligence, not for “frivolous reasons”.

This is the heart of personal injury law: to recover compensation and indemnify the plaintiff back into a circumstance where she or is in the same standing as before the incident and to hold the negligent party accountable to prevent further occurrences and suffering.

The notion is that frivolous lawsuits pose unnecessary burdens on doctors, corporations, small businesses, government entities, and congest the justice system with lawsuits that wasted taxpayer dollars and business’ dollars. Although taxpayer’s dollars were highlighted, the prime reason was that “frivolous lawsuits” were bad for business and, therefore, bad for the economy. In other words, “frivolous lawsuits” were not benefiting the businesses and organizations that were being sued. Therefore something had to be done: tort reform.

Frivolous Lawsuits Turns Out To Be Frivolous Politics

Ten years after HB4 – how has “tort reform” impacted people injured in Texas? Mary Ann Roser wrote about this issue for Austin American Statesman, revealing that the average payout for a medical malpractice claim was reduced by 22%.

Under HB 4 lawyers have more restrictions on how to value the life, or quality of life that was lost. A stay at home mom plays a critical role while caring for her children. But under reforms made by HB 4 her loss of ability to perform tasks is harder to quantify.

People who don’t have “earnings” generally have a harder time seeking compensation. Putting an emphasis on economic earnings could place more value on wealthy people’s lives.

The jury in Texas no longer holds discretionary power to measure the value of person’s life beyond their paycheck.

Supporters of tort reform believe business is benefited by the practice:

“Ten years of tort reform have provided greater access to health care and helped make Texas the nation’s leading job producer. Indeed, by recognizing the causal connection between economic prosperity and efficient, fair courts, the Texas legislature passed and Governor Rick Perry signed House Bill 4 (HB4)—powerful tort reform legislation that is the foundation of the Texas economic miracle. Yet, despite the awesome economic growth and increased access to health care triggered by HB4, members of the trial bar are still working to overturn this reform. While Texans should stand their ground and rebuff efforts to undo HB4’s successful tort reforms, all Americans should take notice of Texas’s remarkable transformation and look to enact similar reforms in their own states.”

According to this, court systems were corrupted by unfair practices and frivolous lawsuits. However, pinning down the facts behind the existence of frivolous lawsuits shows that their impact and even their existence were blown out of proportion. Some cases that were highly publicized as frivolous and ridiculous, often did not get the honest coverage they deserved. The most famous of these is, of course, The McDonald’s hot coffee lawsuit. Many other serious injuries have been called “ridiculous.”

Frivolous lawsuits, in fact, rarely exist in the way we have been made to think about them over the last few decades. The justice system already is designed to check and make judgements as to whether a plaintiff deserves compensation.

Another argument was that sympathetic juries award too much money to injured plaintiffs for non-economic damages (an amount that is too difficult to quantify anyway). In this argument it’s not that frivolous lawsuits are the problem, but companies were being awarded damages viewed as too high.

Conclusion: Who Are Damage Caps Benefiting?

So now the question, why do caps exist? They exist because of tort reform that argues for fair courts and the abolishment of frivolous lawsuits. But the real question is, was tort reform necessary? Did frivolous lawsuits exist? Were courts not insuring fairness before? Is the expectation that businesses need to pay large sums of money when guilty of negligence bad for our economy or society? Or was it good for ensuring the well-being and safety of our economy and society? Is economic prosperity in Texas the result of tort reform or the millions of other possible factors that contribute to a complex socio-economic system? Was tort reform intended to benefit the injured party or the negligent party?

Chances are if you are in a lawsuit you think it’s anything but frivolous. USlegal.com defines frivolous lawsuits:

Frivolous lawsuits are those filed by a party or attorney who is aware they are without merit, because of a lack of supporting legal argument or factual basis for the claims. Frivolous lawsuits waste time, money, and judicial resources, and fines and/or sanctions may be imposed upon a party or their attorney for filing such a claim.

Under Governor Rick Perry, Texas passed HB 4 in 2003. Proponents of the new law said that it would reduce health care cost and increase access to health care by reducing the number of frivolous lawsuits in the state.
In 2012 a group of researchers led by University of Texas Law Professor Charles Silver concluded that health care costs had not gone down in Texas since 2003. However average medical malpractice claims have been reduced by 70% after passage of the law. Costs of lower insurance premiums for doctors were not passed on to consumers.

Texas has seen huge growth over the last 20 years, so researchers say that trying to compare the number of physicians before and after tort reform would be impossible. Lawyers interviewed in a 2013 story by the Statesman said that the costs of a medical malpractice case are often risky. HB 4 has limited injured Texan’s ability to recover compensation after the negligence of a health provider.

What are the statistics behind frivolous lawsuits?

These are just a few statistics that point towards the ambiguity of the existence of frivolous lawsuits. If you have any doubts about your case, contact McMinn Law Firm and our team of attorneys will figure that out for you and explain the options you have. At McMinn we realize our role in society is to help those who have been injured, to strive for justice, and to help protect other individuals from falling victim to the same negligence or malfunctions.

Call us today for a free consultation and we’ll discuss your case with you and explore every option you have.