By now, most of us have put up all our holiday decorations and are enjoying the majestic quality of lit up houses and trees in windows. Decorations add to our overall Christmas spirit and spiked eggnog compensates when we start losing our holiday cheer. And we all know traveling with our families for hours on end in holiday traffic while listening to the same Christmas songs again, and again, can sometimes lead to our insanity. 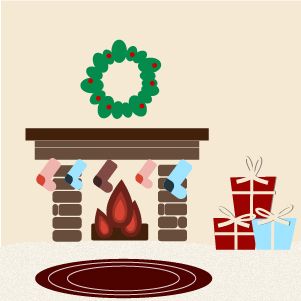 Holiday vacation is no break from possible injuries. It could even happen at the company party. And the injuries could be no joke. In North Carolina there’s no workers comp benefits at the holiday party.

The joy that comes with the holidays can quickly turn to tragedy and we need to be aware of the most common forms of injury during the holidays in order to avoid a tragic situation. As part of our gift to you this year, we wanted to ensure that you have a safe holiday season.

Holiday Accidents in the U.S.

Since 2009, there has been a steady increase in holiday injuries. Going from 12,000 holiday related injuries in 2009 to 15,000 reported to ERs last year. That’s 250 injuries a day between November 1st and the end of December! But what types of injuries are these and how do they come about?

Ever thought twice about how your co-workers got home after the end-of-year work party? Visiting with family and friends and time off from work can mean relaxation, adult beverages, and on the occasion the dangerous open bar.

Data shows that about 40% of all fatalities during the Christmas and New Year’s holiday are caused at least in part by intoxicated driving. On average throughout the year, 31% of crashes are caused by impaired driving. These numbers are based on a four year average between 2001 – 2005. 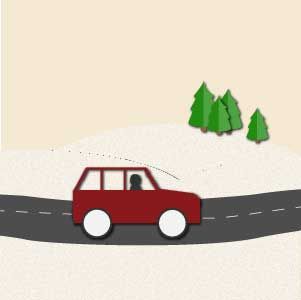 the Drinking and driving aren’t the only culprits of dangerous driving during the holidays. Many will be visiting family members that live in another city or even region of the country. All those traveling on the road should be cautious of the dangers of road rage. A study released this year by AAA says that more than half of traffic fatalities are caused by road rage.

Tips for dealing with road rage include resisting acting on any of the most common aggressive driving behaviors, as well as avoid making eye contact. If you feel extremely threatened, use caution to call 911 in an emergency.

Read more about Holiday Road rage and the results from the AAA study.

A term that is actually used by doctors around this time of year due to the large number of injuries they see from people getting drunk and decorating their house. The two almost seem like they would go together; however, standing on a ladder while you are intoxicated is obviously dangerous.

To put it into perspective, just remember this sobering statistic: In 2019, 14,800 people were treated in emergency rooms for injuries sustained in falls while decorating for the holidays. Many of these were associated with decorating outside while on a ladder or roof. In 2019, no deaths were reported in association with holiday decorating.

Don’t drink and decorate. If you decide to drink at home and decorate or take down decorations, be sure and save the lights on the roof or the start at the top of the Christmas tree until you’re sober again.

Most causes of injury are preventable by simply using common sense. Don’t get on the ladder when you’ve been drinking.

Another common injury around the holidays is a back strain. Picking up packages, cleaning up wrapping paper, stretching to put the star on top of the Christmas tree; the possibilities are endless. A simple tip is to stretch right after you wake up.

The holidays are time away from our orderly lives to relax and enjoy. However, they are not a vacation from possible injuries. Most causes of injury are preventable by simply using common sense. Don’t get on the ladder when you’ve been drinking – and don’t be afraid to ask for help from another family member!

A woman in the Boston area, told ABC News about a time she was setting up Christmas lights around a stair railing and one of the lights were broken causing the wires to be exposed and touching the rail. When she put her hand on the railing it shocked her and caused her to fall down the stairs. Luckily, her injuries were minor, but this is still another common cause of holiday injury to look out for. Check those lights before you take them down or put them up.

Almost 12,000 fires are started with holiday decorations each year. That’s an average of 8 fatalities, 54 injuries and $19.1 million in property damage each year. Additionally, Christmas trees can bring even more fire danger into the home.

Time Magazine reports that 70% of Americans buy the real deal Christmas trees. These are usually more susceptible to fire than the synthetic materials used on fake plants (but who wants to sacrifice that lovely smell of evergreen?).

It’s possible you forgot about your tree as soon as you removed and unwrapped the presents underneath. If you like keeping the tree around until after New Year’s Day – then it’s time to be serious about the tree’s watering schedule.

This video by National Fire Protection Association shows how quickly an unwatered tree can light and plume with flames. Experts recommend that you re-cut the tree before putting in water and take care to water each day after setting up. As you can see in the video, a tree that is watered daily can still catch on fire but will burn slowly rather than an almost instant burst.

See how quickly an unwatered tree will burst into flames in this video.

Check your lights on your Christmas trees as well. Make sure that none are broken and check throughout the weekend. Take care to make sure candles are a safe distance from other decorations, presents, and cards.

The United States Consumer Product Safety Commission reports that in 2020 there were nearly 150,000 toy-related emergency department-treated injuries and nine deaths among children 14 and younger. Most injuries were associated with children choking on small parts of toys.

A Summary of Christmas Injuries

The variety of mechanisms of injuries break down into pretty defined categories:

Some injuries might just be a crazy holiday fluke and some result from behavior that can obviously lead to injury (like climbing a ladder while drunk). So be careful and be smart!

From The McMinn Law Firm To You, Happy Holidays

We are all looking forward to a week of relaxation and time spent with the truly important people in our lives: our family, children, our parents, and friends. We hope you take the time to relax and enjoy your holidays safely.