The crash happened just before 8 a.m.

Video footage released of the crash shows that the bus was traveling through an intersection during a green light when an 18-wheeler failed to brake and ran through a red light.

DPS stated that the students sustained minor injuries and were taken to Dell Children’s Medical Center and Seton Northwest Hospital. All students were expected to be treated for injuries and released on the date of the crash.

Originally it was reported that 10 students were transported to Dell Children’s Hospital. The remaining 10 children were taken to the hospital by their parents.

One parent of a student, Karen Halladay, was awoken with the news that her 14-year-old daughter, Jordan, was hurt in the crash.

Her daughter was sitting in a window seat when the crash happened, and called her mom while crying hysterically on the phone just after the crash. She was taken to the hospital because she lost consciousness when the 18-wheeler struck the bus.

This is the second bus crash involving the Bastrop school district in less than a week. On Oct. 19, a school bus headed for Bastrop High School was involved in a crash on Texas 95 near Camp Swift. 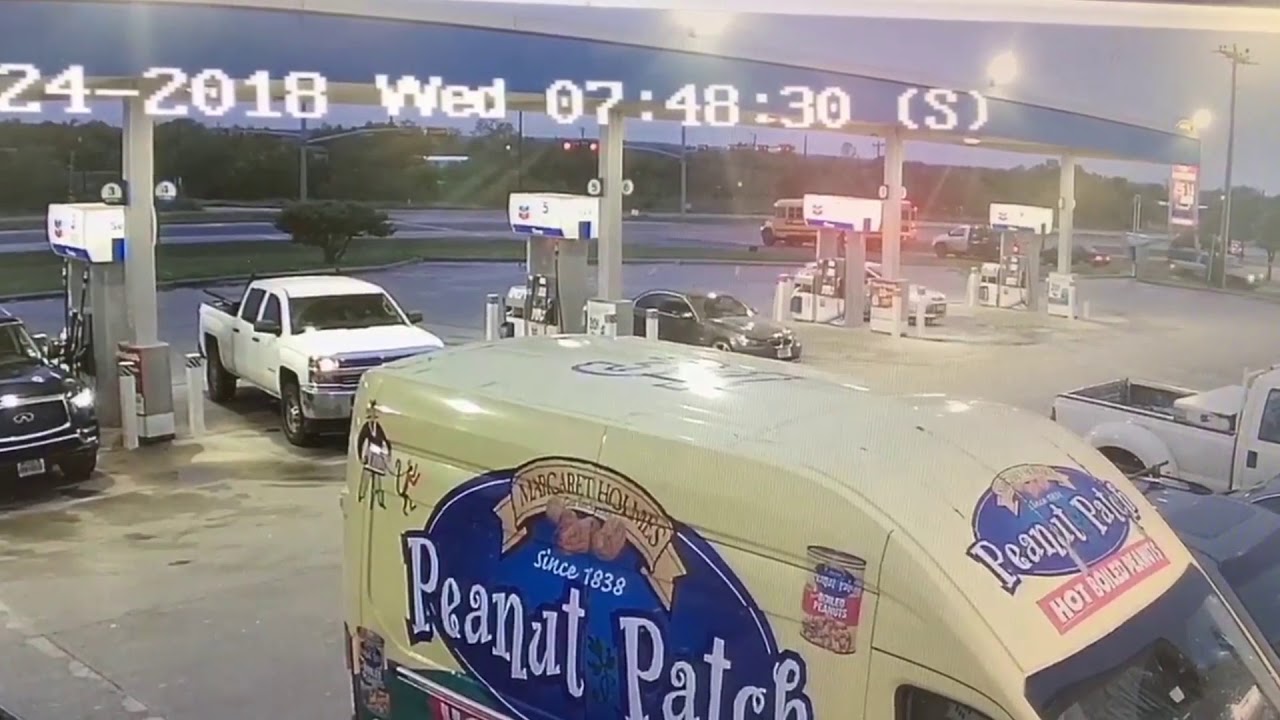 On Wednesday Democrats in the Senate hit President Trump’s supreme court nominee, Neil Gorsuch, with rounds of questions. One that we noticed in particular were those surrounding Gorsuch’s legal opinion in about TransAm Trucking v. Department of Labor. You might know it as the “frozen truck driver” case.

What we’ve found interesting about it is not the political implications – but some trucker’s reactions to the case. According to Above the Law’s supreme court writer, Elie Mystal, who says that truckers are going at the case with arguments rooted in contributory negligence.
Now, before we get into the nitty gritty we have to do some homework on the circumstances of the case.

Writer Elie Mystal shares that some of his self proclaimed truck driver readers objected to Alphonse Maddin’s story because they saw the facts of the case as a contributory negligence issue – EX: Why did he stop if he still had gas?

There are some who look at this and say, that if he ran out of gas, then it was his fault for being caught in a bad (freezing) situation. They say he should have been prepared for the trip, he’s a truck driver. And then there are those that say Maddin was in the right to leave, because the vehicle (here being the trailer) was not safe to drive. The distinction is spelled out in the trucker’s words here.

But before we dive too far into this labor relations case, let’s focus on the takeaway. Trucking is a huge industry with big (pun intended) risks at stake. That’s why trucking companies and truck drivers are held to high standards when it comes to safety.

Are Semi-Truck Regulations Enough for Safety

In 2013, new regulations of the trucking industry were introduced to reduce fatalities caused by truck driver fatigue. With safety in mind, the Federal Motor Carrier Safety Administration (FMCSA) gave trucking companies 18 months to limit the average work-week for truck drivers to 70 hours per week.

Driving while fatigued can be as dangerous as driving while intoxicated. Researchers say the benefits of limiting fatigue among truck drivers will save 19 lines and prevent as many as 1,400 crashes and 560 injuries each year! Not only that – but estimates show that the safety improvements could reduce domestic spending on truck crashes by $280 million.

If making just a modest change to worker’s hours (they can still work 70 hours per week) can prevent 560 injuries – then how bad is the situation right now? Good news. The situation has improved in a few key ways since the new regulations went into place.

It’s unclear yet if the new regulations are an indication of long term trends of greater safety. In 2015 a nationwide increase in traffic fatalities was reported in every region, with all vehicle types. Experts say that a strong economy and higher vehicle miles traveled are to blame for the increase. We don’t know yet if these new safety regulations on the trucking industry have saved lives.

One thing is clear – truck drivers and trucking companies have always been cited for failing to follow standard regulations. A recent tragedy in San Marcos sharply distinguishes the consequences of this issue. Texas State student, Jordin Taylor, died when she was hit by a party bus with failed brakes.

McMinn Law firm represented a student who sustained serious injuries when a gravel truck struck her car. Again failed brakes. The dash cam video of the outrageous crash circulated online for a week. It shocked viewers because of the wreckage, and it shocked us because the gravel truck should never have been on the road and the driver never should have been driving.

These examples highlight an issue – 18 wheeler drivers and the companies that manage them fail to follow safety regulations.

These violations are just a sample of some of the infractions trucking companies have been cited for in recent years. It begs the question – even with new regulations, will enough drivers follow them in order to make a difference and save lives? Let us know what you think in the comments section of our Facebook page!

Want to know more about safety issues that drivers face while out on the road with large semis? Check out this infographic by the team at McMinn Law Firm. See how a semi compares to a car in weight, plus where truck crashes are most likely to occur.

There are truck drivers and trucking companies that are willing to destroy evidence to reduce their liability for an accident. Drivers are responsible for keeping DOT Logs for pre-trip inspections and hours of service. These logs can be altered. In addition, the trucking logs reflect the height, length and most importantly, the weight of the truck. It is not unusual for trucks to be overloaded, which is a violation of the regulations, both state and Federal.

Employers of truck drivers are responsible for drug testing the drivers they employ, conducting background checks and making sure the drivers training is adequate and up to date. They are also responsible for the maintenance of the trucks and must keep the trucks good working order. These trucks must also pass bumper-to-bumper inspections to be legally on the roadways.

In addition to the driver and trucking company being at fault; the company that loaded the truck could be to blame. If the truck was not loaded properly, the load could shift in transit causing the truck to become unbalanced and jackknife or rollover. We are experienced truck accident lawyers so after employing proper investigations and potentially accident scene simulation we can determine who is to blame and recover damages for our clients. We have investigators and experts who are able to piece together the conditions necessary to cause an accident and assign responsibility.

At McMinn Law Firm, we are experienced attorneys who know the rules and regulations required for the commercial trucking industry. The Texas Department of Public Safety has produced the “Texas Motor Carrier’s Guide to Highway Safety“, and it is enforced in conjunction with the Federal Motor Carrier Safety Regulations (FMCSR). The trucking industry is highly regulated because of the inherent risk of large trucks operating in close proximity to cars and motorcycles.

Our lawyers know that failure to follow these requirements is the cause of many accidents. In addition, we understand the need to act quickly in securing evidence, talking to witnesses and building a case against the driver and/or the company they work for.

Learn more about trucking injury statistics with this unique infographic!

Truck driving accidents are too common.

Weighing in at an average of 40 tons, semi-trucks can cause severe damage in vehicle accidents. Shipment of goods and services puts more vehicle miles traveled on commercial vehicles. But at what cost? In recent years, estimates show that $112B U.S. dollars are spent each year on injuries and loss of life. View this infographic to see why commercial vehicles can cause so much damage on Texas roads and in communities like Austin.